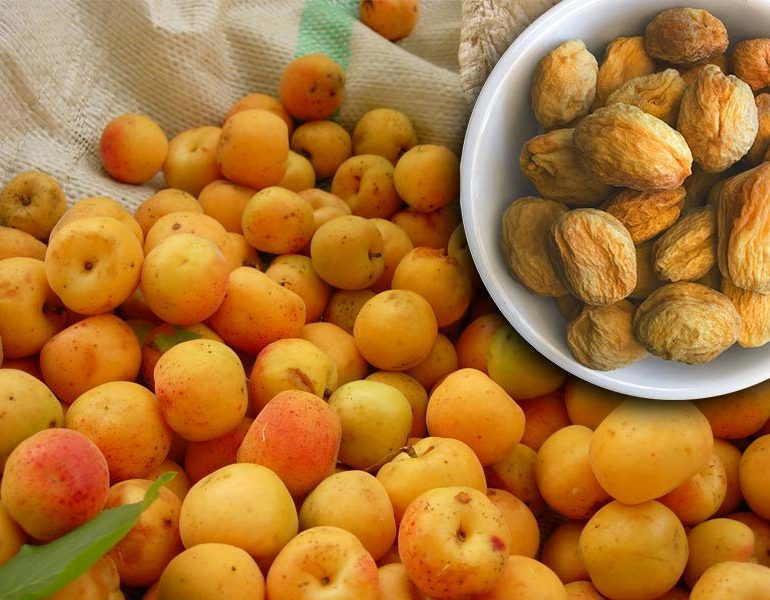 I was eating a fresh peach I had ripened for a few days in a brown paper bag. The fruit twisted off the pit effortlessly. As I stared at the beauty of the half cut fruit with the pit in the middle I found myself wanting to break it open and see if the kernel inside was edible. 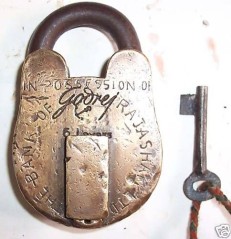 As children growing up in India we would occasionally get a dried apricot handed out as a special treat by my grandmother. She could be persuaded with some cajoling to unlock her pantry cupboard filled with the most mysterious and delicious treats ever found. A veritable Alibaba’s den of treasures. Inside the wooden cupboard with net panels to keep out insects – its legs strutting on little ant wells with water in them which I have never seen anywhere else in the world – behind the little metal padlock and its shiny brass godrej lock – lay a kingdom of unimaginable wealth.

Little stainless steel containers of various sizes and shapes filled with treats. Some were cylindrical with round lids and others were like a vase with a tight knob atop the lid. Square and rectangular ones with flipover clamps to hold them shut. My grandmother had names for each one. Chinthamani dabba, Alibaba Jadi and so on. An assortment of glass jars and bottles with lids contained treats like crystallized sugar and malted milk powder, lentil flour laddoos, peanut brittle balls the size of small marbles. Others had sour lemon balls or cystallized palm sugar or jaggery sweets. 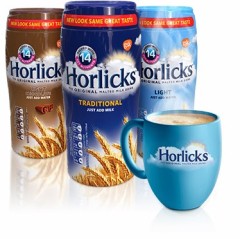 A dark jar with vitamin C tablets from Glaxo. Those were the days when vitamin C was considered one of the elixers of life along with horlicks. The 50 mg tasted best and could be sucked and kept in one’s cheek without lasting damage. The 100 mg and 500 mg would take the skin off your tongue if you sucked the sour tablets for too long. There would sometimes be a metal tube sold with 200 mg tablets of vitamin C.

Strange biscuits that were thought to be nutritious and made with English products like Horlicks and marmite would come and go. Golden raisins and sultanas in little packets or bottle of raw cashew nuts or a jar of ghee. From among these goodies she would occasionally get out a horlicks bottle filled with dried apricots and had one out to each grand child. Some days you came a way with a piece of toffee and on others you got a couple of vitamin C tablets and bit of sugar.

Apricots would occupy us for a while. Dried and tough, they took effort to suck and chew. Eventually we would each be left with a pit that was licked clean. Now we would try to get at the kernel inside . They were usually too hard to crack with our teeth. We used the leg of a chair or stool to crack them open without smashing the kernel inside. Like a fortune cookie, they varied. From clean fresh whole kernels to musty dried ones with white patches of fungus. Each would be tasted and some would be quite sweet and tasty like a pine nut. Most of them were so bitter it would take hours to get the taste out of one’s mouth. But we tasted every one of them. At two o’clock on fiery summer afternoon in Chennai there was little else to do until a mother or aunt called us in for the afternoon tiffin. Of course we could then go out and climb the nearest mango or tamarind tree and steal some fruit.