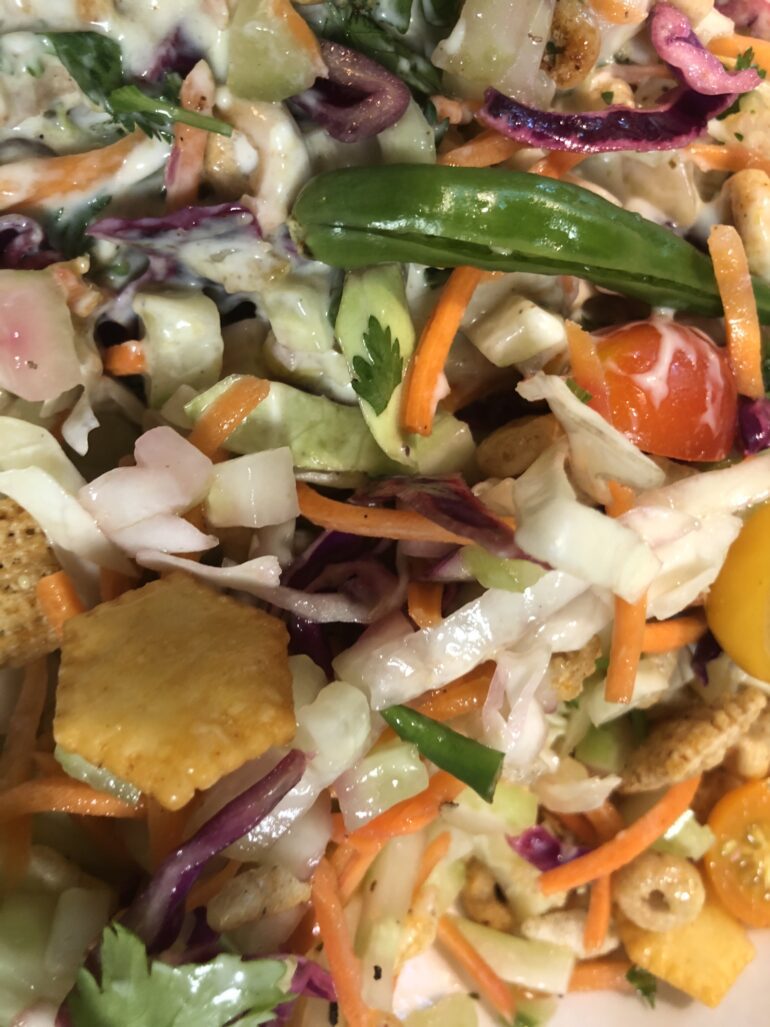 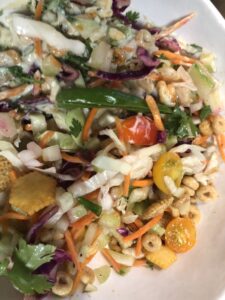 This recipe idea just came to me one day as I was trying to figure out a snack for my daughter. As with many good ideas, it took a couple of trials and some thought of getting it to this point and I am sure it will keep improving over the next few attempts. It’s an amalgam of several other recipes – very American –  that you can find in this collection. But it can also be made as a stand-alone dish.

One of my neighbors, Lauren Southerland, introduced me to a homemade, spicy trail mix which has developed into a signature dish my daughter and I make to give all her teachers for the holidays. It is keenly awaited and enjoyed by her teachers.  The other is a variation on Kentucky Chow Chow which I learned from another dear neighbor, Mrs. Tuttle.  This too has become a staple in our kitchen and is made and consumed in many ways and its ingredients morph with the seasons. Sometimes it is unripe mango which adds a crisp tartness. Sometimes its is dried cherries or cranberries. Even pomegranate seeds add a splash of color and flavor.

And then there is our vegetable tapenade or thogaiyal.  My daughter and friends love it so much that I always have some in the fridge and work on a new batch before one is over. Judiciously mixing these together, you can arrive at this bhelpuri. 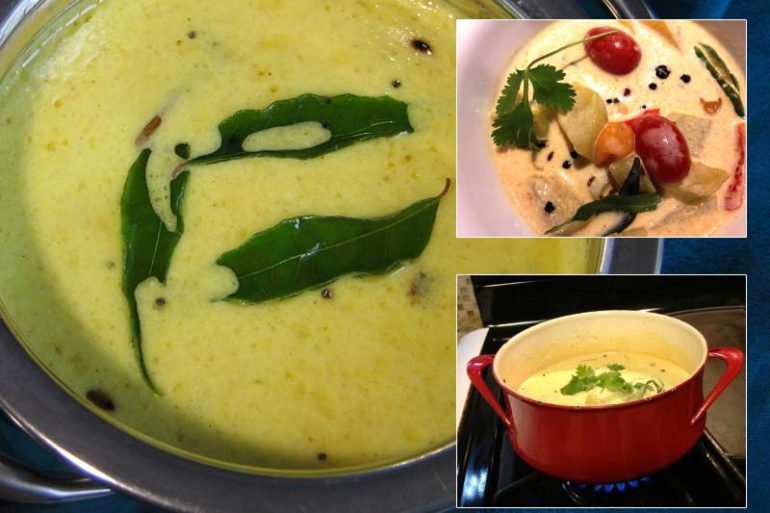