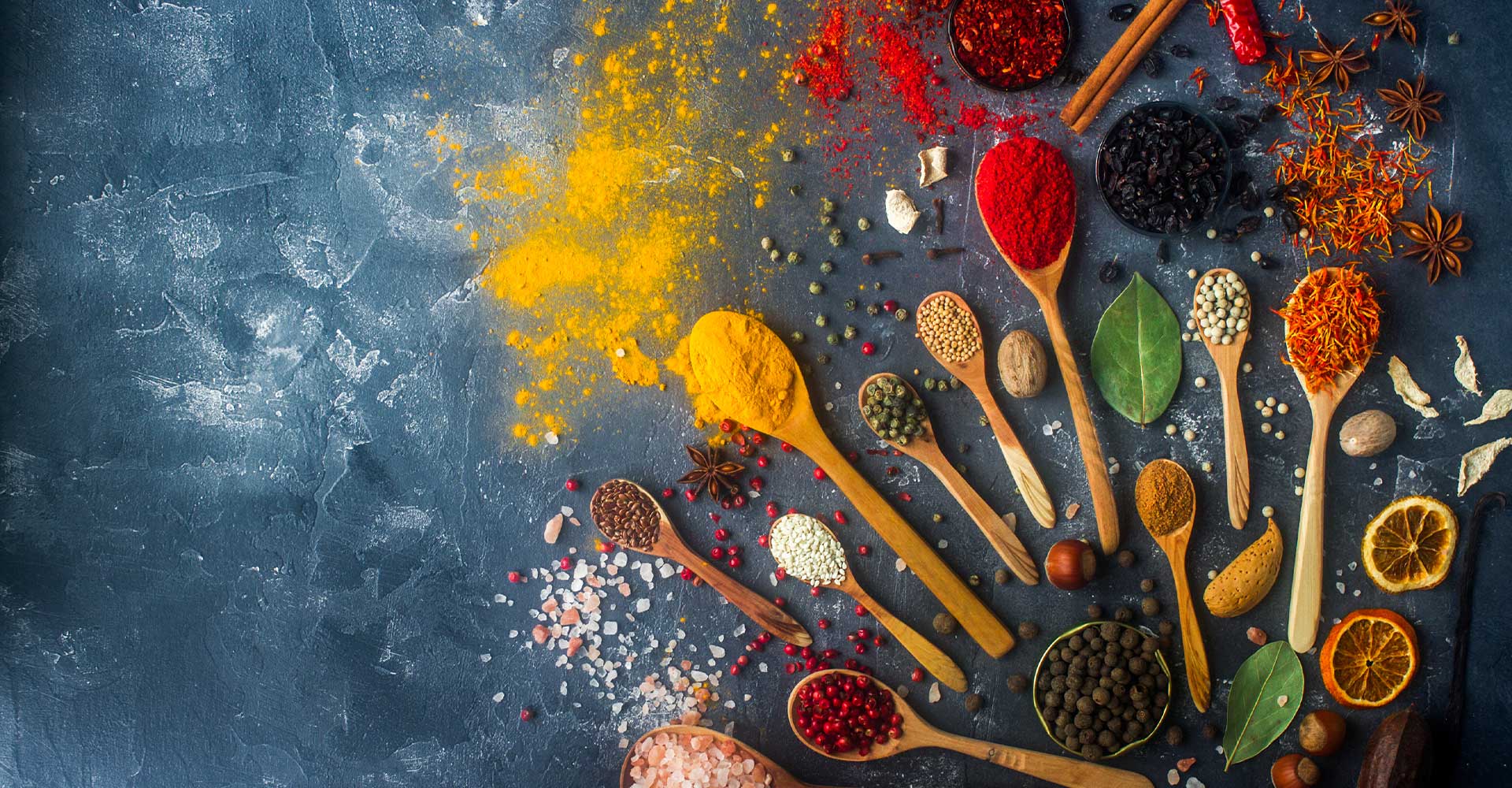 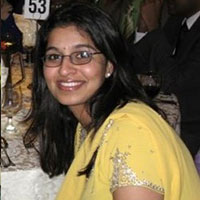 Lavanya Krishnan enjoys experimenting in the kitchen, especially when they produce delicious results. She enjoys making time-tested recipes as well as mixing flavors to create nutritious and delicious meals. She is a strong believer in eating whole foods that are close to the earth and have minimal to no processing involved. She is a passionate advocate for lifelong fitness and clean eating and promotes this lifestyle in part through her role as an Eat-Clean Ambassador.

Lavanya has a masters degree in Exercise Physiology and an MPH in Epidemiology. She works as a personal trainer and group fitness instructor. Both Lavanya and her husband share a love for the outdoors and participate in endurance bicycle rides in Colorado over the summer. She also ran her first marathon this year. 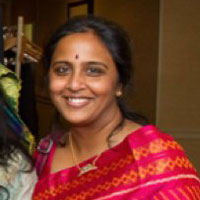 Raji Venkatesan’s approach to cooking is to learn basic techniques and then apply those techniques to whatever ingredients she has on hand. She enjoys cooking foods where strict quantities and measurements do not matter. Nor would she want to be locked into the dictates of a recipe; ones that you can swap ingredients freely, exchange one herb for another, adding ingredients or omitting others. Raji’s husband joins in the kitchen to bake and is usually the designated dessert maker. Her daughters enjoy the spontaneous meal planning and are quite involved in the cooking process on evenings when homework is light. By profession, Raji is a software engineer. She also serves on a local cultural society resources committee responsible for obtaining funding for cultural music and dance presentations. 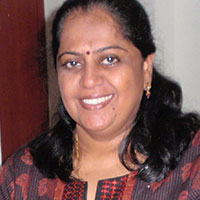 Saraswathi Varadarajan is a post graduate in Pharmaceutical Chemistry from REC Trichy. An educator for the last twenty five years, she is currently a homemaker. Very fond of cooking, and feeding people. She believes in experimental and creative cooking using quick and innovative methods for daily cooking especially useful for working people. Follows the traditional methods and recipes when required. Interested in all cuisines, Saraswathi prefers to have food freshly cooked in its own juices. She is very particular to ensure that vegetables are not overcooked. 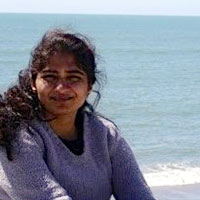 We are proud to introduce our most recent guest chef who shares her recipes under the nom de plume, A-kay. “Armed with my mother’s recipes”, she says, ” I started to cook when I moved away and set up a home of my own. Being a foodie at heart, I became an avid reader of several blogs and drew inspiration from them. Gradually I began unraveling the flavors of the various cuisines I encountered which fascinated me. I have tried to recreate many of them in my kitchen and I will share them with you here. My recipes are completely vegetarian and predominantly Indian. You will see a variety of cuisines as well as Fusion Cuisine as defined here.” 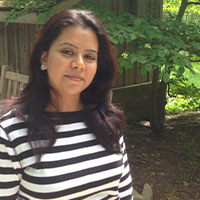 I’m an avid food lover and am very passionate about cooking. It was out of curiosity that I took to the stove at 15 years of age and have not stopped ever since. To me, cooking is not about perfect measurements or the perfect looking plate. It is all about inquisitiveness and inclination to try out the unexplored because that’s where all the learning is.

I read up quite a bit about techniques and food on the internet, and this knowledge has made me more cognizant and appreciative of things that I would’ve otherwise taken for granted or not noticed. I believe that food cooked with love and passion tastes even better when shared. So many discoveries, successful experiments, scalded skin, burnt cake-bottoms and what not! Cooking makes me complete and adds a lot of meaning to everyday life. (Vaishnavi Rao) 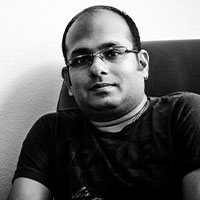 Violinist VVS Murari is a leading musician of the Carnatic tradition of Southern India. In a land of great artistic family lineages, Murari traces his musical lineage back to the 18th-century composer Muttuswami Dikshatar and the famous Maharaja Swati Tirunal of Travancore. He is known for his adherence to tradition. When he is not traveling, Murari spends his home time entertaining his two young daughters and making them a variety of delicacies. Yes! He is a foodie in the deepest sense. He enjoys cooking and makes unusual dishes with pasta, rice, vegetables, and spices. When he cooks, his adherence to tradition is transformed into a pursuit of culinary perfection. His first essay was a transformation of a vegetable thogaiyal he found in our kitchen. We look forward to his signature dishes, recipes and, fine photographs. Perhaps some music too. “It’s all about passion!” he says. “Whether it is music or cooking.” My passion got ignited just by watching the chefs cook delicious dishes on a day to day basis. Simple yet brilliant was the idea, even today! The science behind using the spices that we use on a daily basis still baffles me. Cooking is a creative art that reaches everyone, touching their hearts and souls. It also relaxes oneself to a great extent. Many a time, after a long stressful work week, I have opted to cook over the weekends. I started cooking when I was in middle school; mostly South Indian dishes. When I started to travel, I got to taste different cuisines, be part of different cultures. I started to try out and have a creative twist each time. It is essential for a chef to have flair, calculation and, the logic behind the cooking. I feel I have imbibed it naturally. I have tried cuisines like North Indian, Srilankan, Malaysian, Chinese to some extent. But settled and happy to be focusing on South Indian and Italian.” – VVS Murari 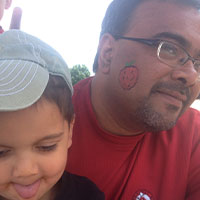 Veeraraghavan Sundar will easily own up to being born and raised in Madras (not Chennai thank you), and bearing its indelible stamp. He gained an appreciation for the culinary arts at home, and by artfully pilfering coffee and treats from the kitchen operations of Iyengar weddings. As a corollary, he’s old enough to: 1. Remember when said weddings were three-day affairs., 2. Remember even older folks complaining about how short they were at 3 days., 3. To know better than to put red chillies in puliyotharai.

A six-year stint in the cultural melting pot of East Africa introduced him to the new wonders of Gujarati and Swahili cuisines and the transformative experience of drinking chai with a view of giraffes and Mount Kilimanjaro. He credits his mother with starting him cooking at a young age. A return to India, high school and a stint at IIT Madras did more to introduce him to Mughlai, Palakkad, Tanjore, Indo-Chinese and the inchoate ‘hostel’ styles of cooking. It wasn’t until he was on his own in graduate school that he had many more opportunities to experiment and try out recipes to his heart’s content, some of which thankfully will never see the light of day.

He enjoys cooking for friends and family, and a fun Saturday afternoon would be to put on music in the kitchen and see what happens with whatever the pantry holds. One of these years he may get to do that uninterrupted by his wife, his kids, or his goofy greyhound. He tends to treat recipes the way he treats corporate policies – as general guidelines that need not stand in the way of a true innovator. He asks that you read his contributions in the same spirit. 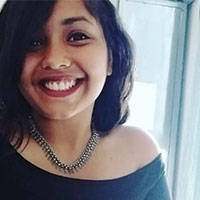 Chethana Venkataraghavan is a lawyer practicing in Mumbai. She credits The Office, The Wire, and her parents for getting her through law school, in that order. Kidding. My parents come before The Wire but after The Office. She has loved food for as long as she can remember. It all started when she was a baby, but unlike normal human babies, she wasn’t a fussy eater at all. Her mother often reminds her that when she inhaled the smell of freshly made idli wafting in from the kitchen, she would go, sit on the couch, and wait to be fed.

Chethana loves eating and has realized, after a surprisingly long time, that knowing how to cook means you can always eat whatever you want. She is trying to go vegan, and as a result, most of her recipes will be dairy free. She is also quite lazy, so the recipes will also be quite short. She is just learning how to cook and make things, so there will be a lot of written bloopers about accidents in the kitchen She does understand ‘written bloopers’ translates to ‘mistakes,’ but blames the blurred timeline between a 90s kid and a millennial for this confusing vocabulary. 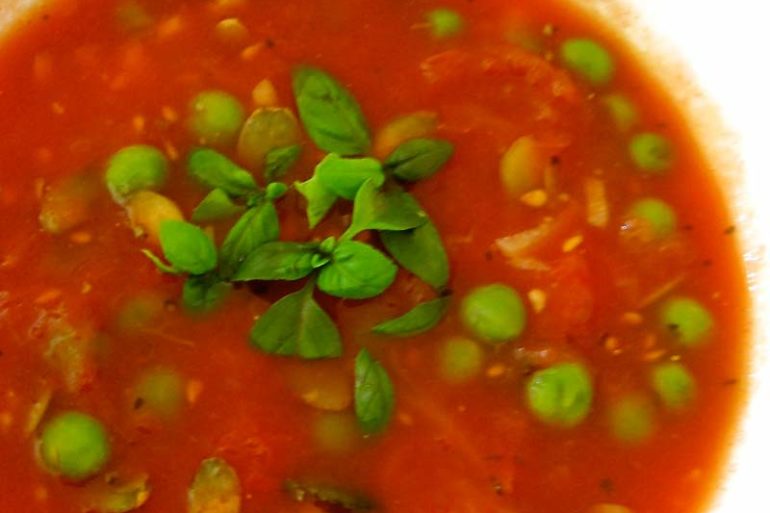