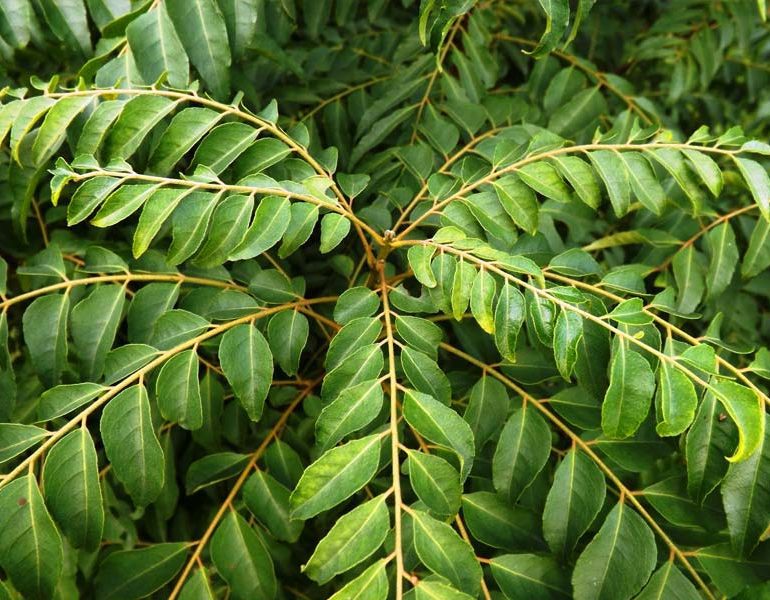 Curry leaves are used in many dishes in India and neighbouring countries. Often used in curries, the leaves generally go by the name “curry leaves”, though they are also translated as “sweet neem leaves” in most Indian languages (as opposed to ordinary neem leaves which are bitter).

The leaves are highly valued as seasoning in southern and west-coast Indian cooking, and Sri Lankan cooking, especially in curries, usually fried along with the chopped onion in the first stage of the preparation. They are also used to make thoran, vada, rasam and kadhi. In their fresh form, they have a short shelf life, and they don’t keep well in the refrigerator. They are also available dried, though the aroma is largely inferior. more