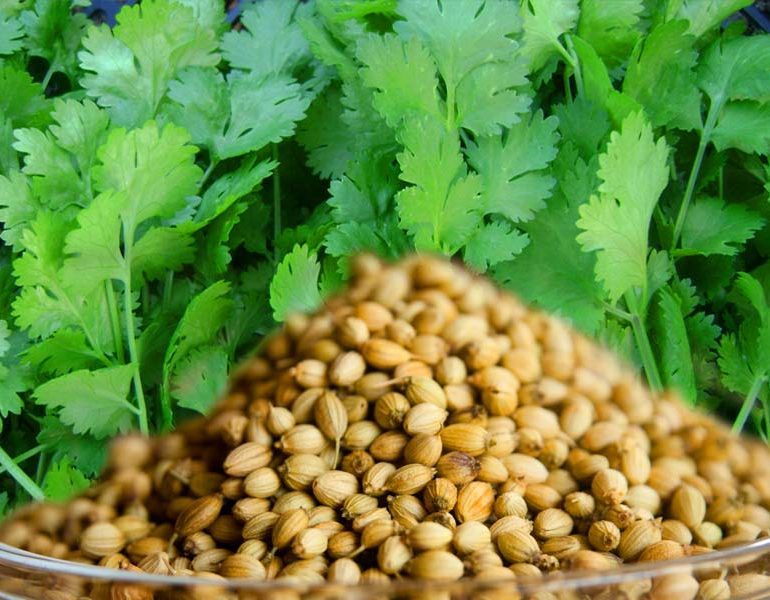 Coriander (Coriandrum sativum), also known as cilantro, Chinese parsley or dhania, is an annual herb in the family Apiaceae. Coriander is native to regions spanning from southern Europe and North Africa to southwestern Asia. It is a soft, hairless plant growing to 50 cm tall. The leaves are variable in shape, broadly lobed at the base of the plant, and slender and feathery higher on the flowering stems. The flowers are borne in small umbels, white or very pale pink, asymmetrical, with the petals pointing away from the centre of the umbel longer than those pointing towards it. The fruit is a globular, dry schizocarp 3–5 mm in diameter.

Coriander seed is a spice in garam masala and Indian curries, which often employ the ground fruits in generous amounts together with cumin. It acts as a thickener. Roasted coriander seeds, called dhana dal, are eaten as a snack. It is the main ingredient of the two south Indian dishes: sambhar and rasam. Coriander seeds are boiled with water and drunk as indigenous medicine for colds.