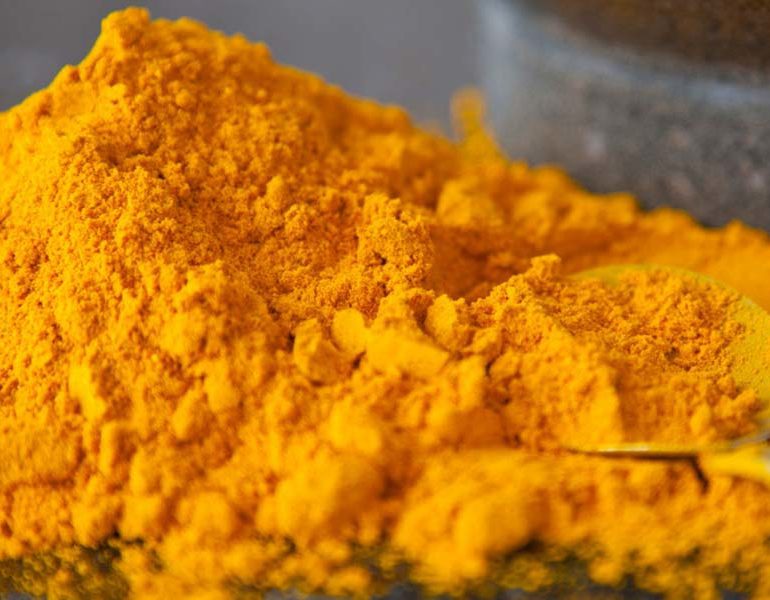 Turmeric (Curcuma longa) is a rhizomatous herbaceous perennial plant of the ginger family, Zingiberaceae. It is native to tropical South Asia. It is one of the key ingredients in many Pakistani, Indian, Persian and Thai dishes. Its use as a coloring agent is not of primary value in South Asian cuisine. Turmeric powder is used in many dishes in Indian cuisine both for flavor, medicinal properties, and rich color. Plants are gathered annually for their rhizomes and propagated from some of those rhizomes in the following season.

When not used fresh, the rhizomes are boiled for several hours and then dried in hot ovens, after which they are ground into a deep orange-yellow powder commonly used as a spice in curries and other South Asian and Middle Eastern cuisine, for dyeing, and to impart color to mustard condiments. Its active ingredient is curcumin and it has a distinctly earthy, slightly bitter, slightly hot peppery flavor and a mustardy smell.

Turmeric has long been known to have valuable medicinal properties and has been used in a number of traditional medicines and in cuisines for such things as inflammations, several digestive ailments among them. In recent years medical research has given greater currency to many of these properties and turmeric has gained popularity in western countries. The folks at www.positivehealthwellness.com provide some good information as well as an infographic which you may find useful. more