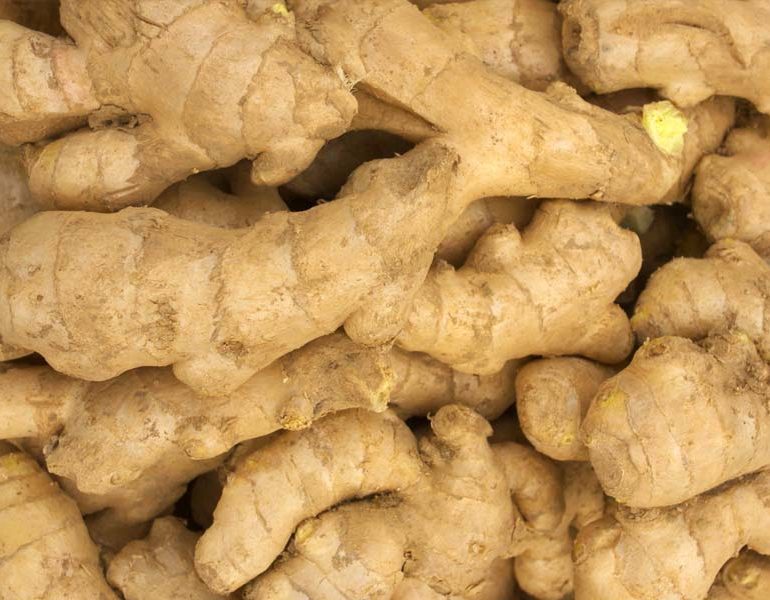 Ginger or ginger root is the rhizome of the plant Zingiber officinale, consumed as a delicacy, medicine, or spice. It lends its name to its genus and family (Zingiberaceae).

Ginger produces a hot, fragrant kitchen spice.[5] Young ginger rhizomes are juicy and fleshy with a very mild taste. They are often pickled in vinegar or sherry as a snack or just cooked as an ingredient in many dishes. They can also be steeped in boiling water to make ginger tea, to which honey is often added; sliced orange or lemon fruit may also be added. Ginger can also be made into candy, or ginger wine which has been made commercially since 1740. more