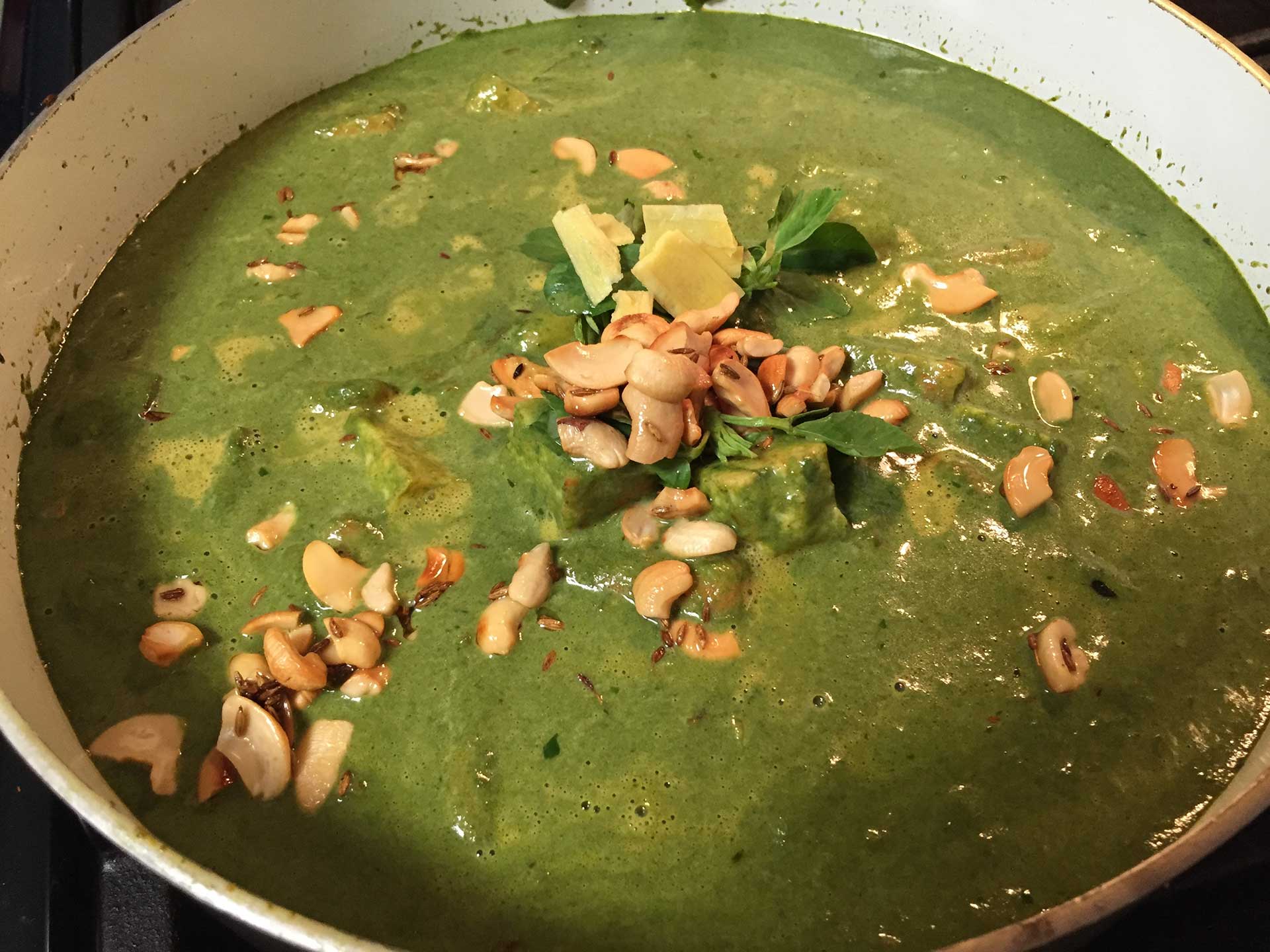 “Saag Paneer” was their rather surprising answer.

When my neighbours invited me to join them for thanksgiving I asked them what I should bring. “Saag Paneer” was their rather surprising answer. It turns out when they were both students at Duke, the cafeteria would serve this once a week. It became their favorite dish.

Now, I had never made saag paneer and usually avoid it at restaurants as I dislike creamy spinach and overcooked paneer. But I was game to try and I started with looking up some recipes on the net. I soon gave that up as they were all rather time-consuming and had too many steps. I decided to go my own way and the results were not too shabby. 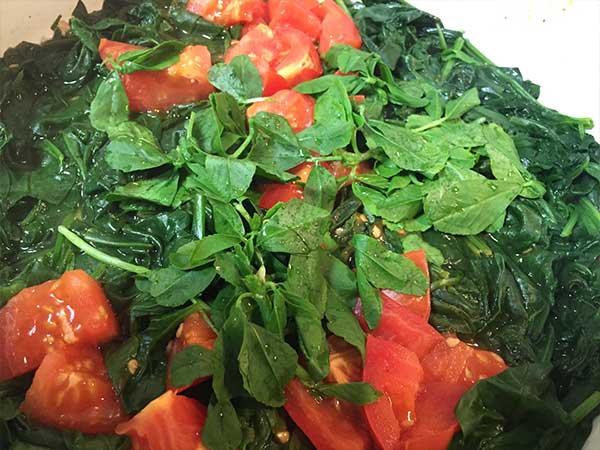 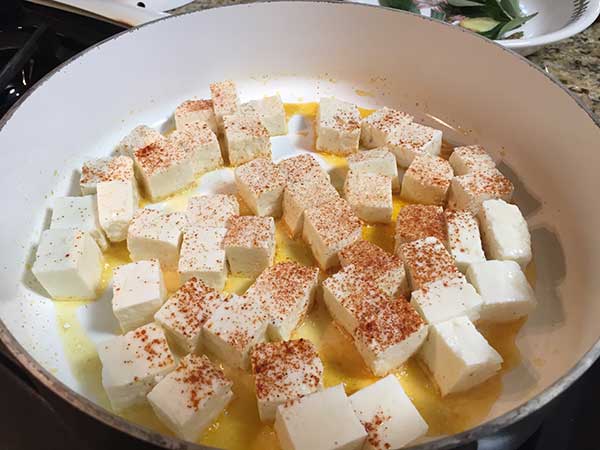 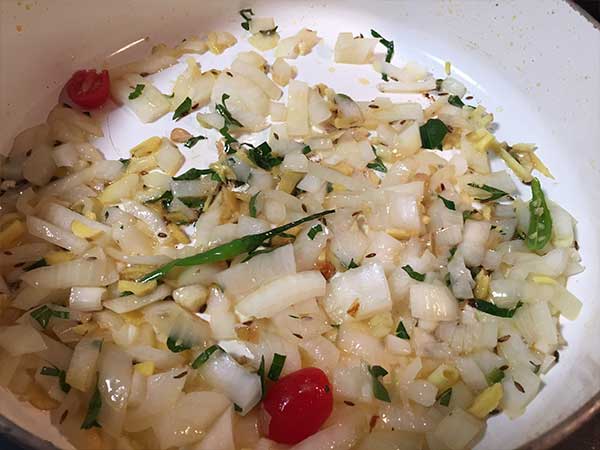 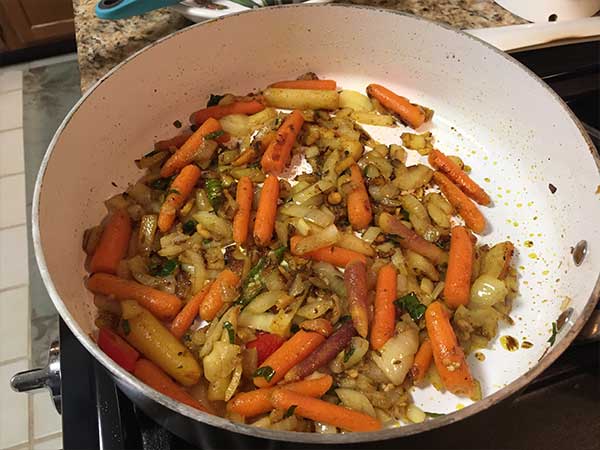